Part of Palmyra atoll on approach 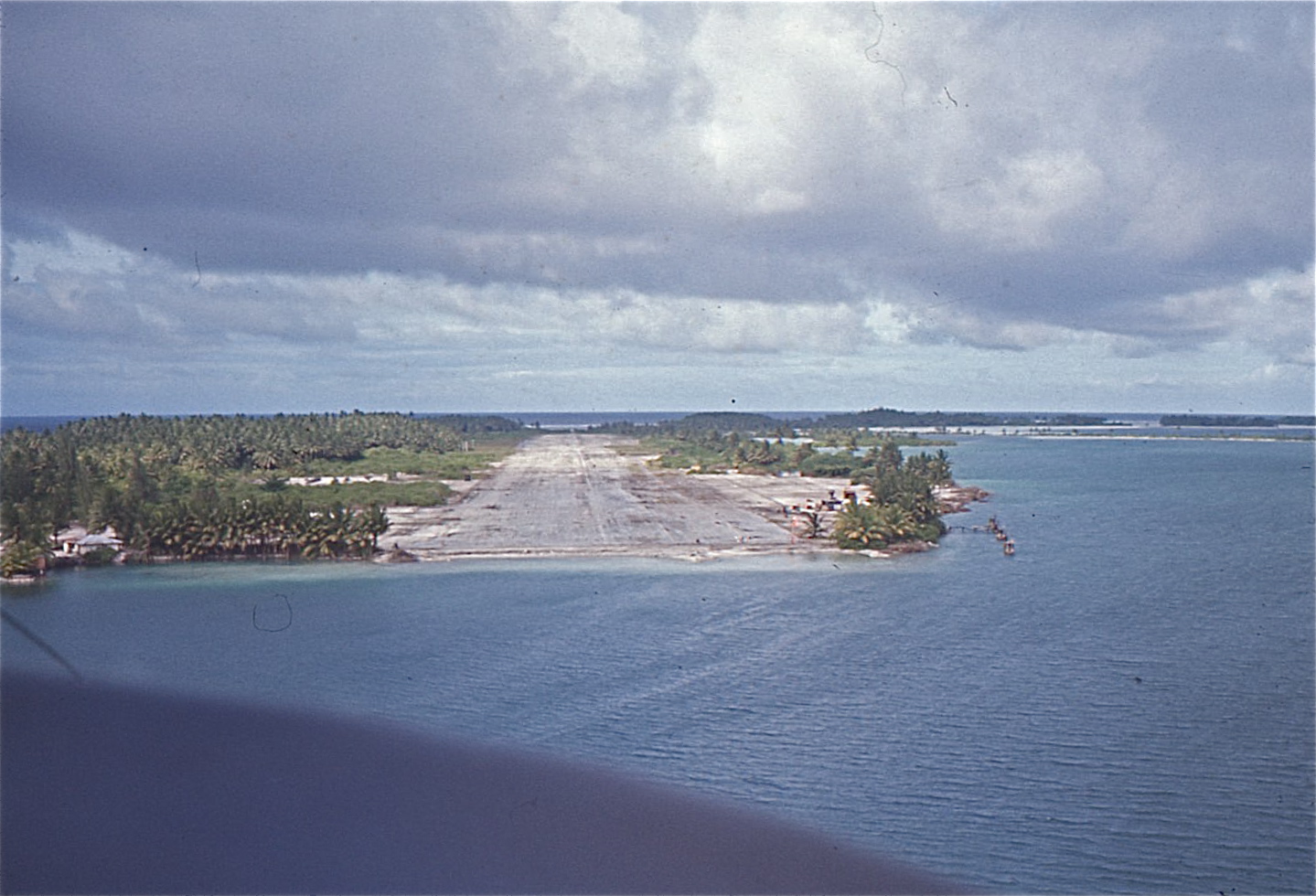 Palmyra runway. The nearest 5000 ft was bulldozed before anything could land; the distant 1000 ft was allowed to stay covered with brush to preserve nesting habitat for uncountable numbers of Sooty Terns. 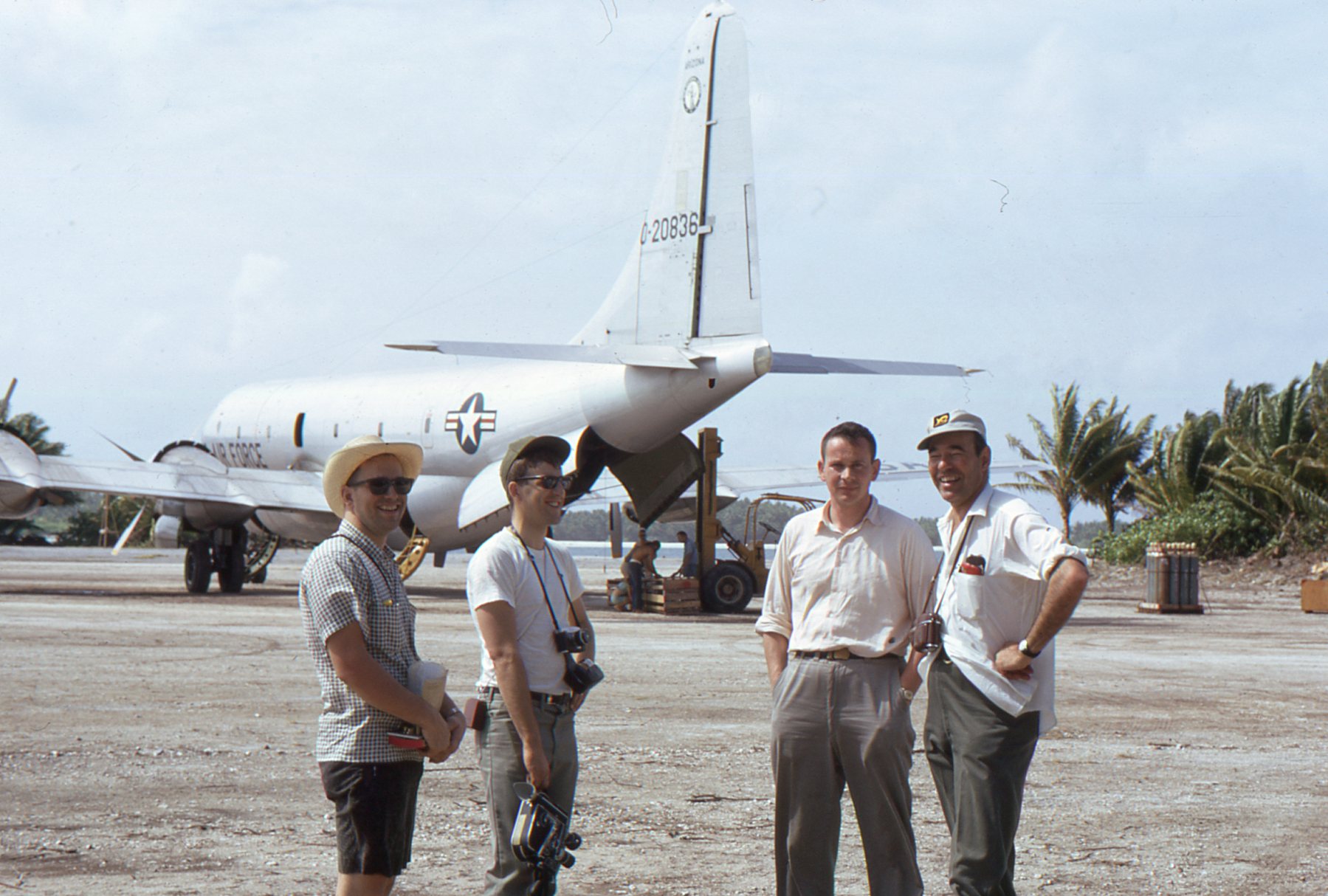 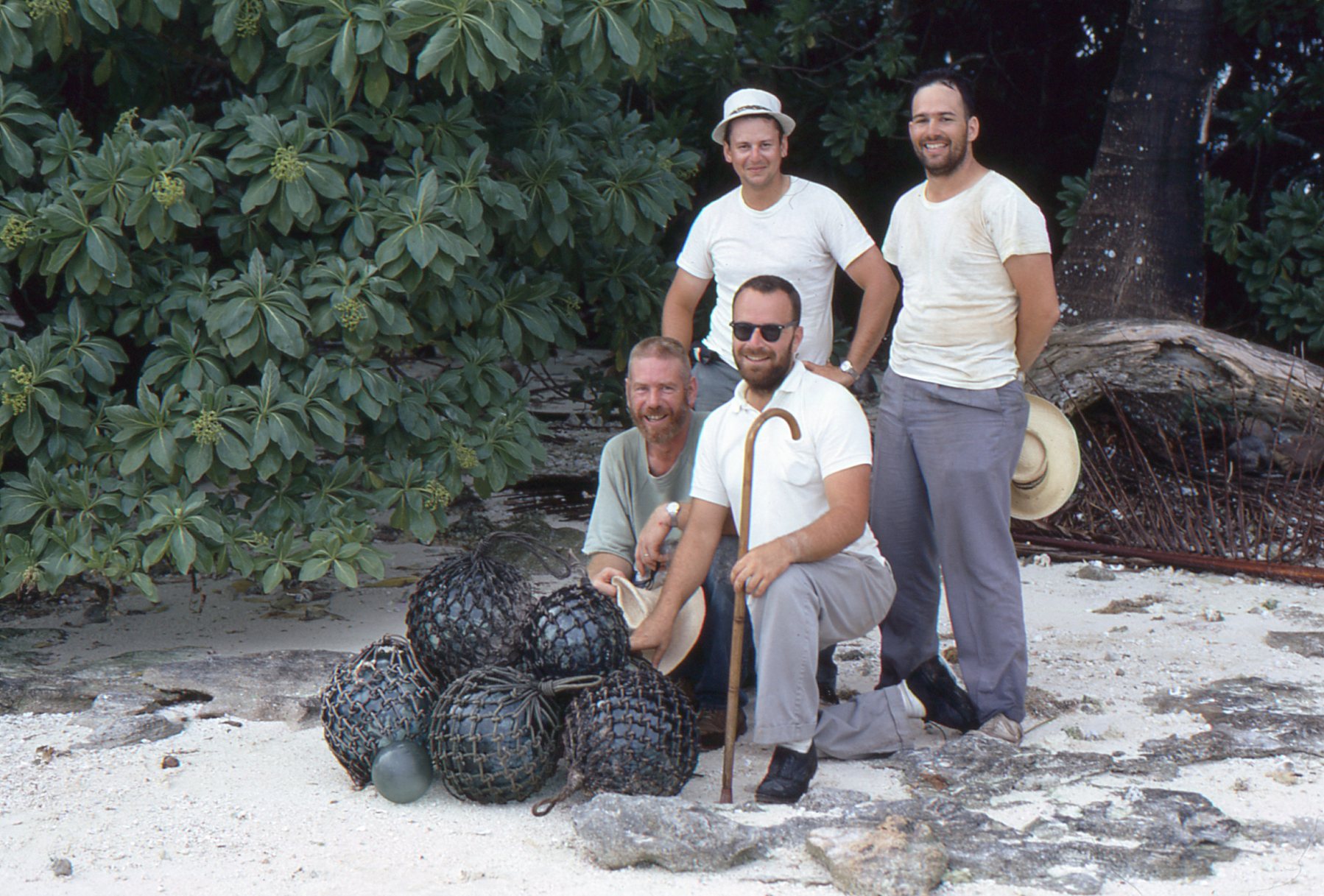 Bob James, Jim Maynard, EJZ, and Steve Cox. I still have that fishing float in my home on top of a bookcase.

Crab race on Fanning Island. Not sure how much was wagered on the outcome. Not much skill involved unless you knew which crab would go fast. 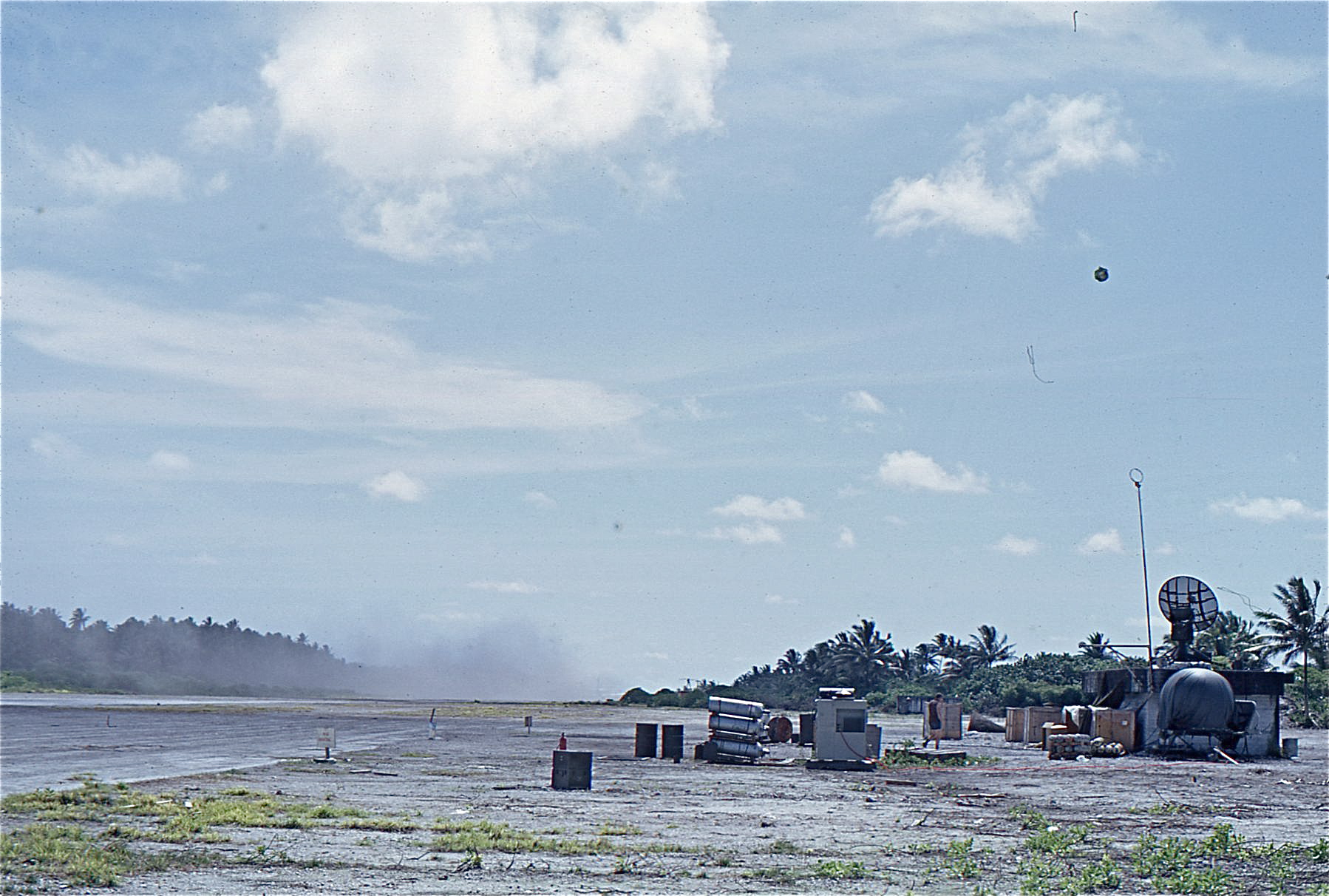 Rawinsonde site on the south side of the Palmyra runway. The hydrogen generator was called "Flaming Mary". That may be the instrument package just above the antenna. 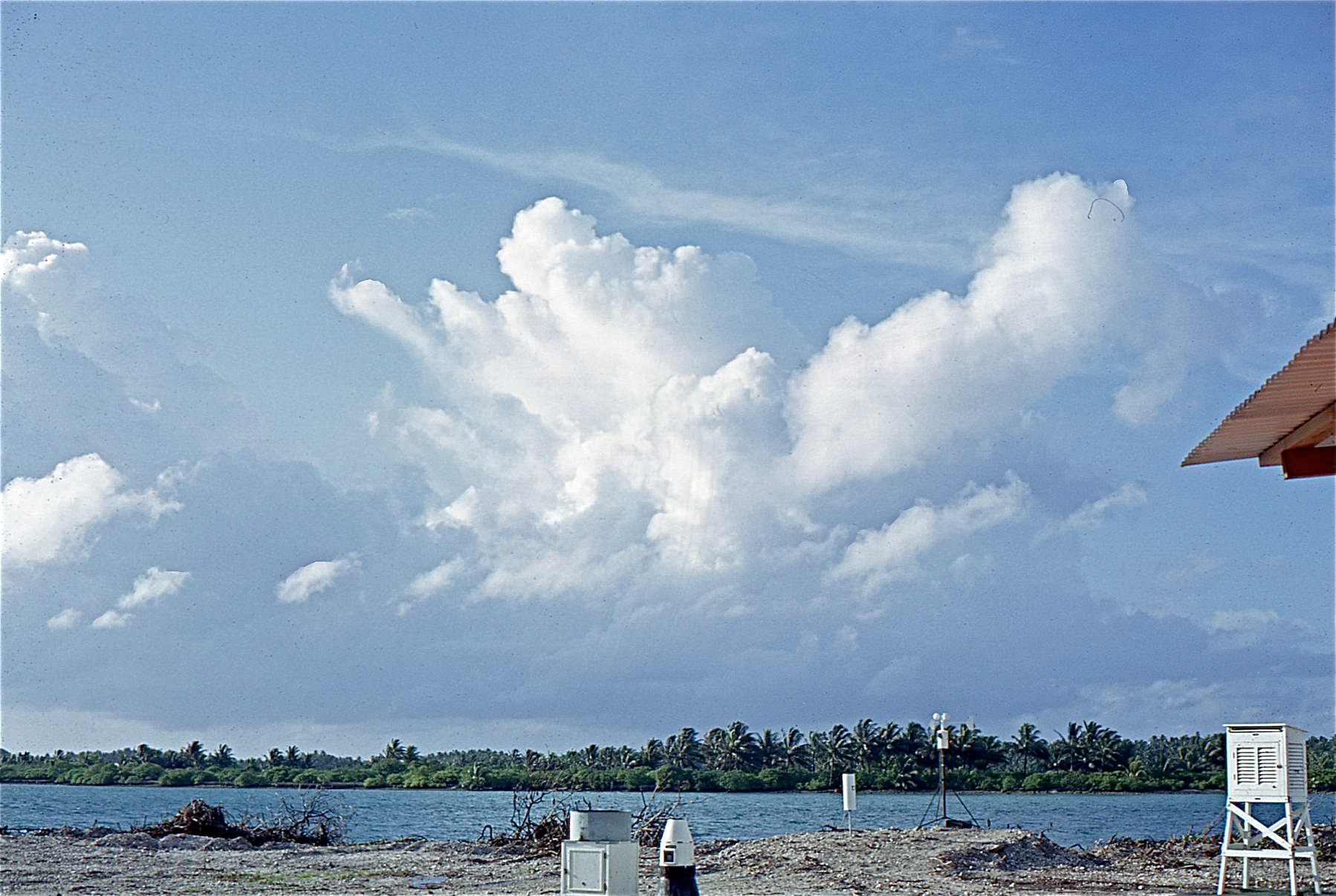 Surface observing site. south side of Palmyra runway, very close to the rawin site, as close to the lagoon as we could get it to minimize island effect on the readings. We had 2 additional sites upwind of this to get a better estimate of the island effect, which was not at all negligible (e.g. 40% difference in wind speed). 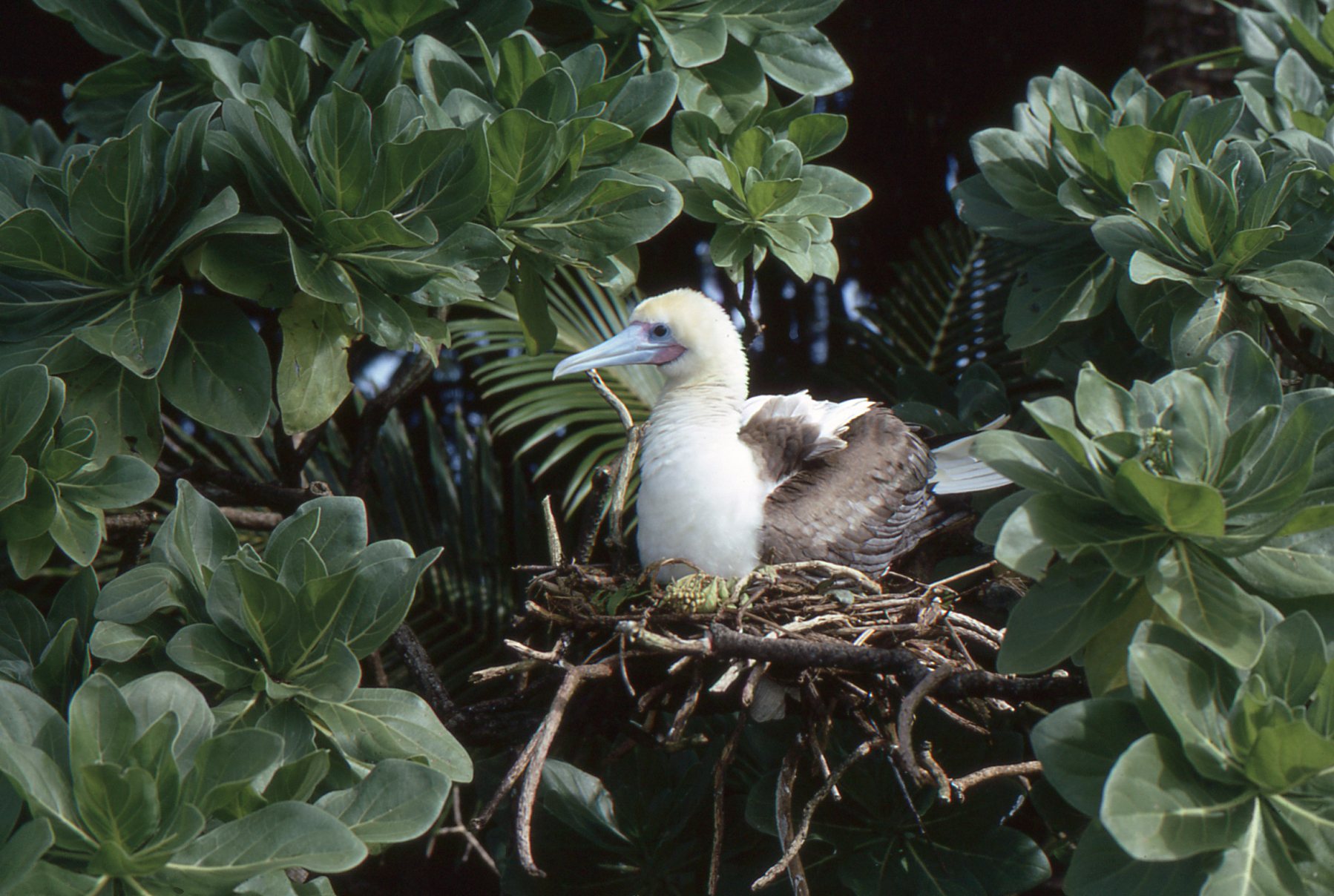 Brown booby nesting. They were abundant. 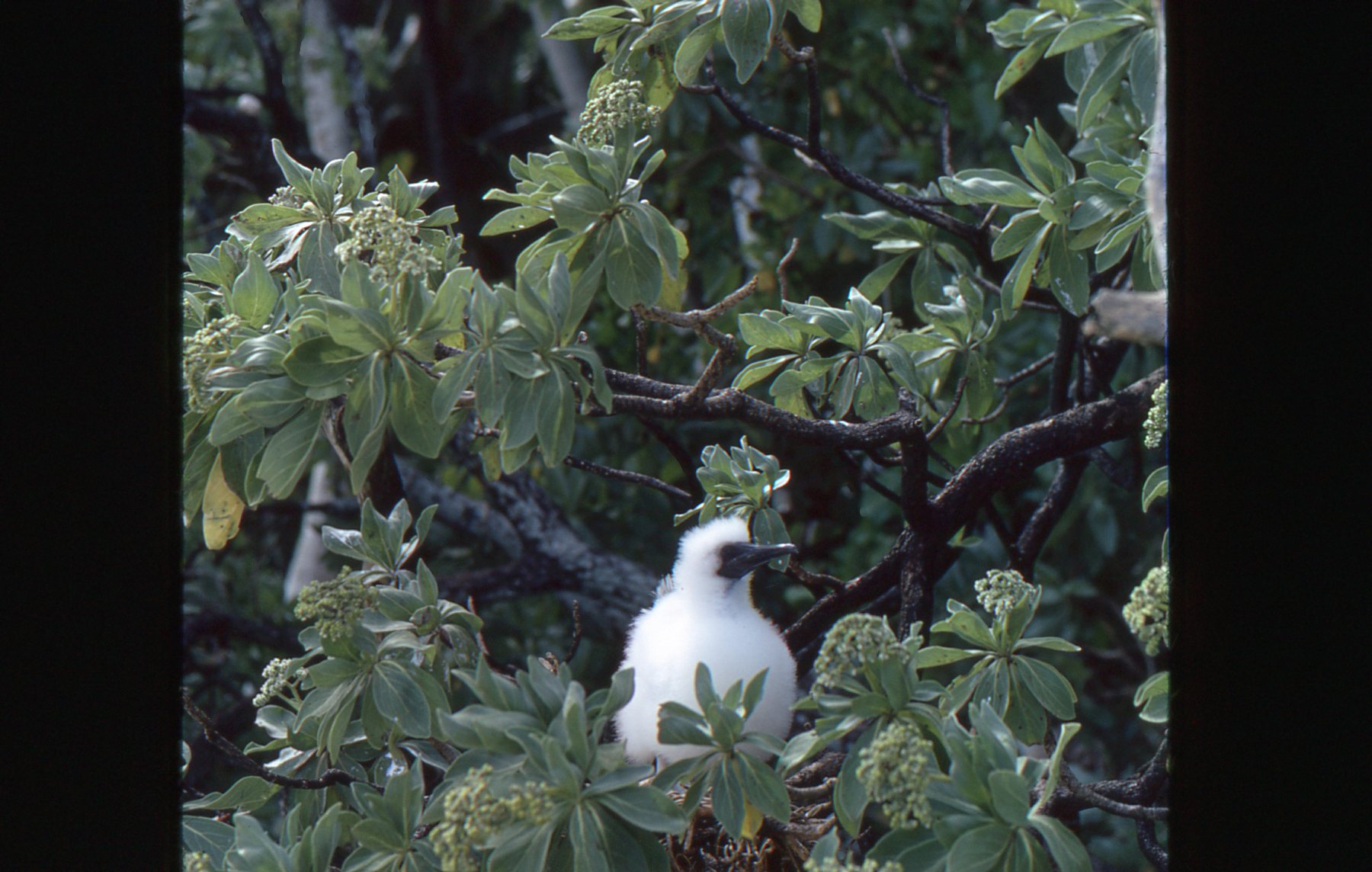 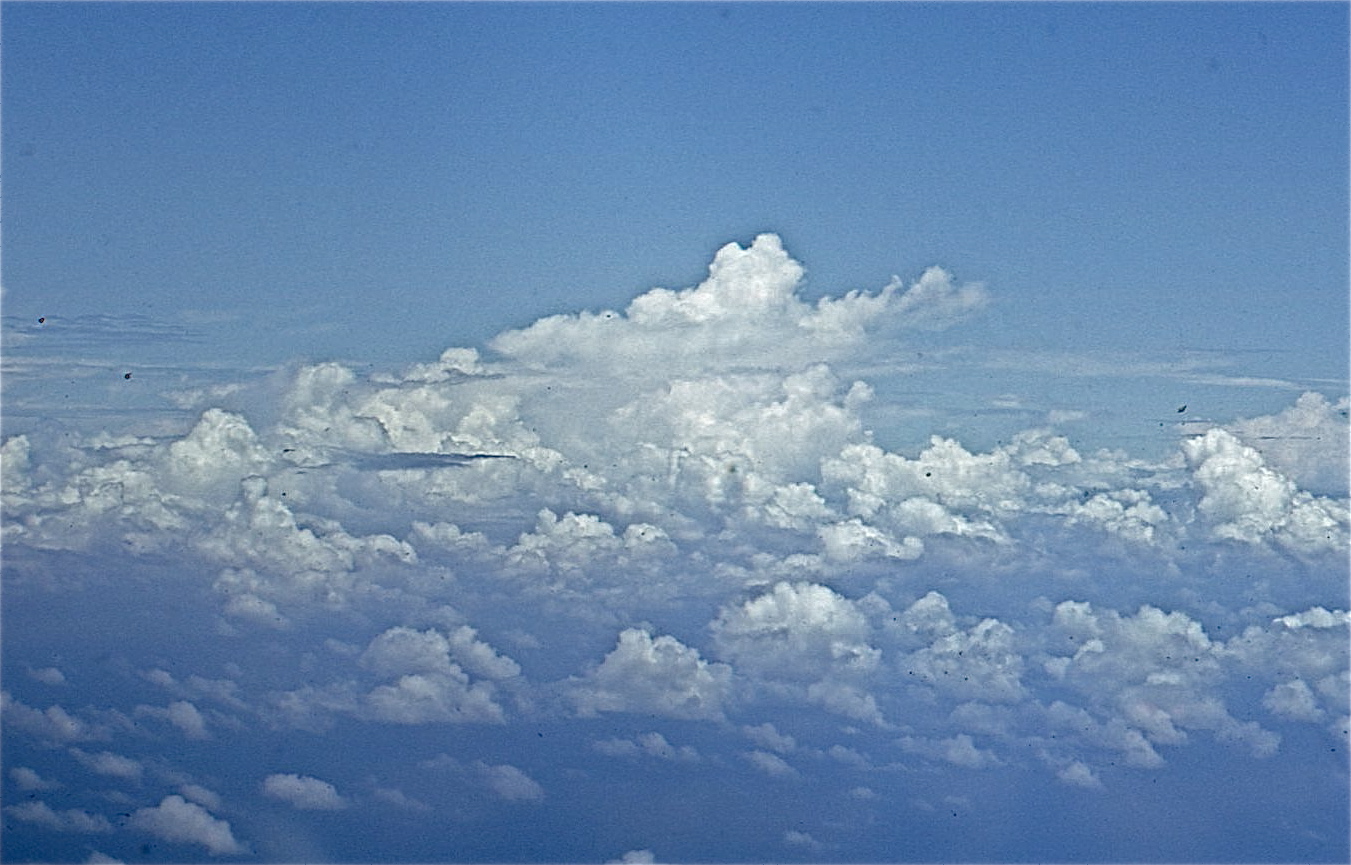 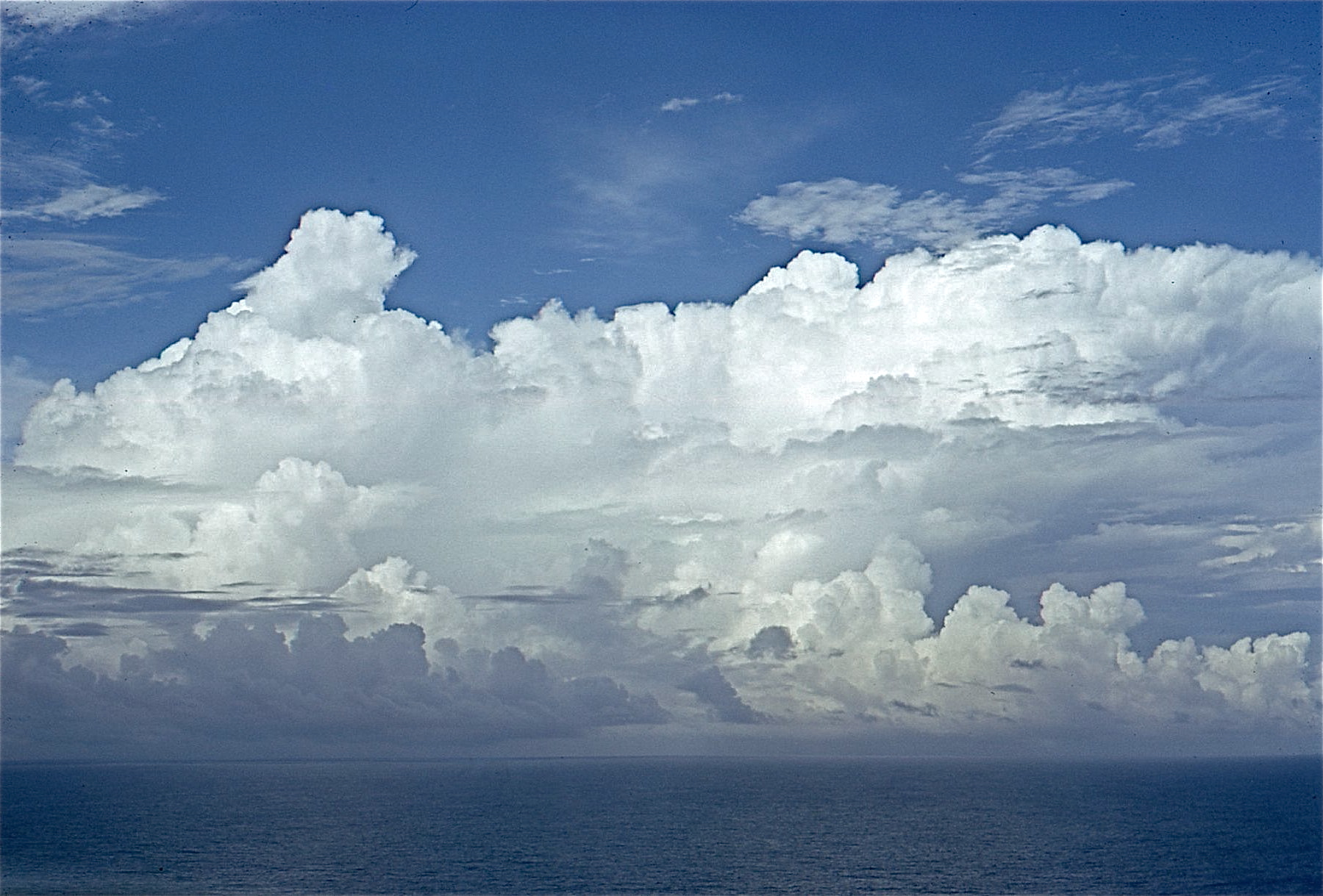 Fairly typical deep convective cloud, shearing from the west in the upper troposphere, from the NCAR Queen Air at 500 ft altitude. The low altitude was essential for determining conditions in the subcloud layer. 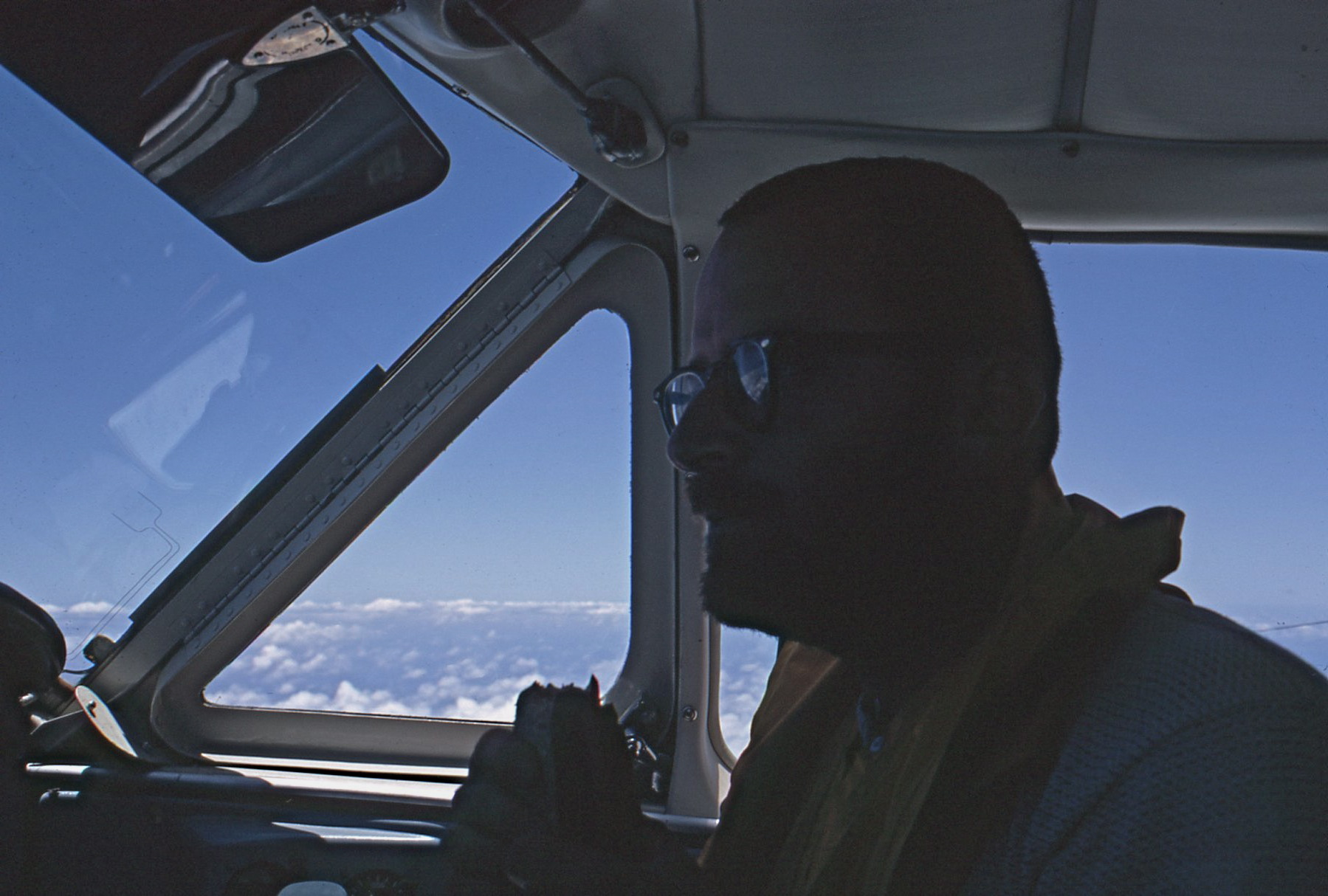 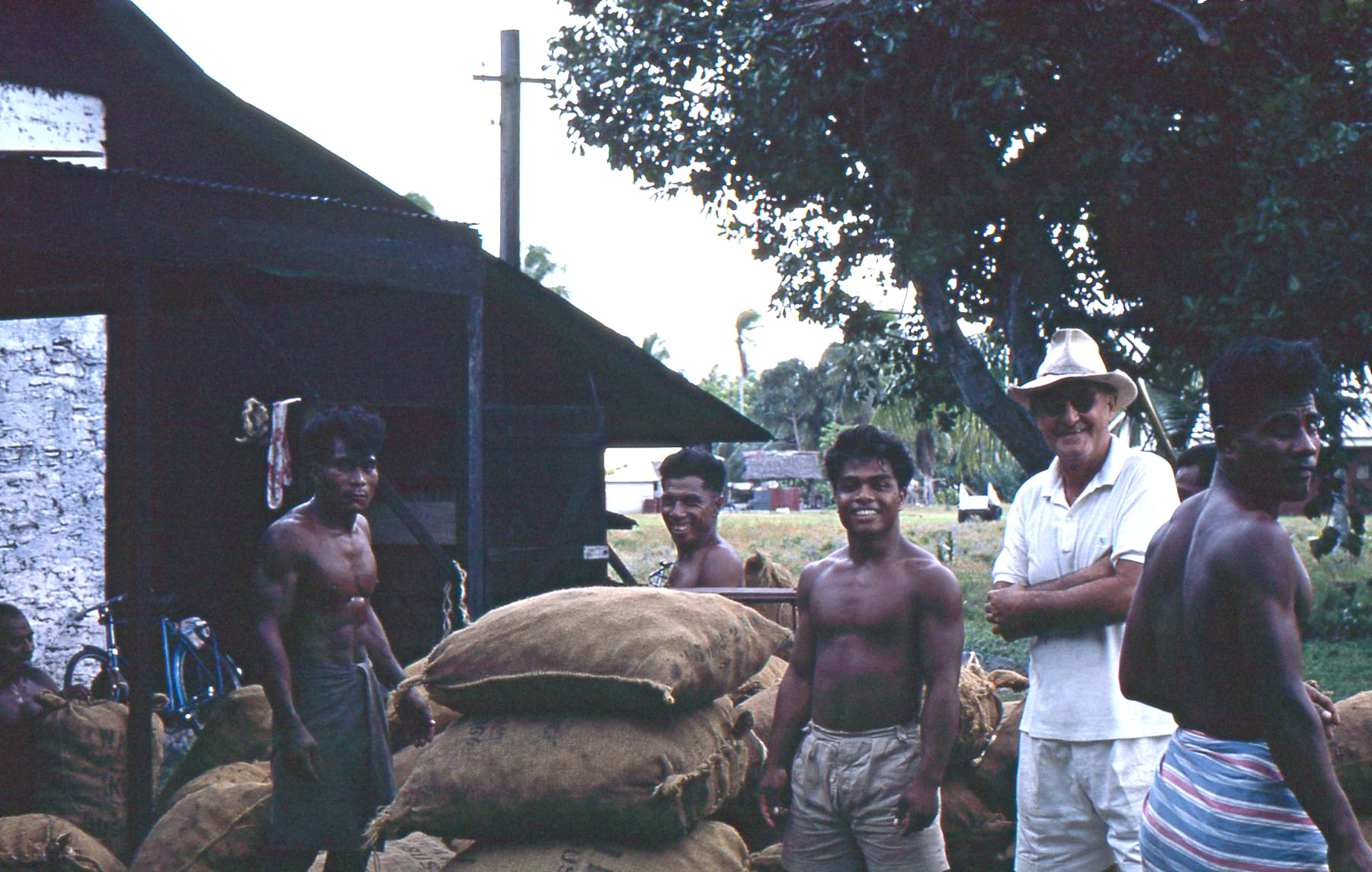 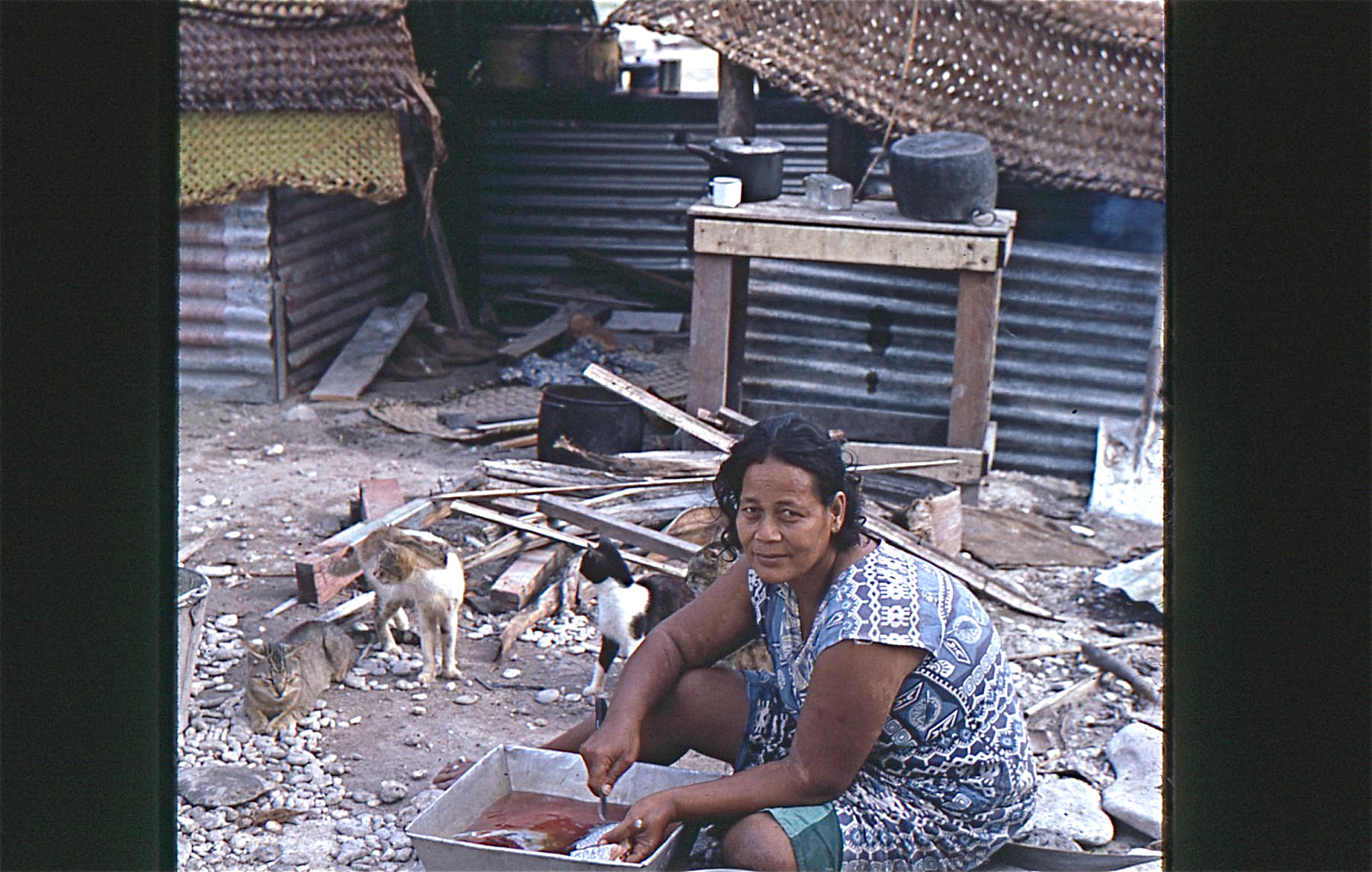 Home life on Fanning Island for Gilbert Islanders working on the Copra plantation.